The Commoditization of Networks

A couple of days ago while presenting at one of our workshops, we had an attendee ask us, “What do you see happening with cloud in 10 years?” The folks on the stage didn’t seem to have a really great answer, and it got me thinking of what my own answer would be. The general answer on the stage was, “Man that’s a hard call because the horizon is so far out”, and they’re right. That IS far out. Just think about it. 10 Years ago was 2010, back then I was just barely starting to consider AWS for one of my client’s data backup, but NOBODY was really taking that option seriously. My client’s reaction was, “that wouldn’t be secure”. Back then, Hadoop was just starting its meteoric rise up the hype cycle.

Despite the utter ineptitude of making such a prediction, I’ve come to value predictions because they help you test your perception of reality and allow you to correct your views. So to that end, I spent some time thinking about what the cloud might become and codified it into something I’m sure I’ll regret reading later.

As I was thinking of parallels to the current landscape of cloud vendors, I happened on the thought that Grids, Networks, and otherwise Multi-Tenant Services might have similar lifecycles. For example, back when AC and DC power was being introduced to the masses, Edison and Westinghouse were fiercely competing for the same landscape of customers.

Part of that strategy was togo deep into the value chain providing products that could run on their electricity. This was part of the motivation that drove Thomas Edison to develop the light bulb and other such inventions. The more solutions the competing inventors had, the more compelling the service was. However, over time, more and more products came to market that could use the AC power standard, and over time General Electric's products were in the minority of products that could plug into that grid. Think today about all the products you have in your home, how many are GE? Do you even think of the power source when you plug something into the wall? No… 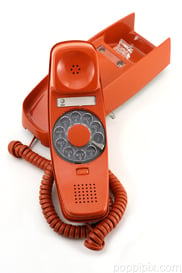 The same is true for the phone networks back in the 70s and 80s. Remember those phone commercials advertising the superiority of an AT&T phone? That’s right, AT&T sold its own phone and owned the whole value chain. Additionally early on in the cell phone market, often the cell phones were branded and “certified” by the cell signal provider. AT&T owned the whole value chain. Today you don’t give two thoughts about your iPhone working on any network. Technically they can work on any network if you own the phone.

Now think of today’s cloud vendors. They’re all in a race to be the “chosen platform”. To do that, they’re pouring billions of dollars into solutions that will make them THE go-to solution. In short, their strategy is to own the whole value chain. If I had to project in the future, I would say that the same cycle of value chain commoditization will occur to the big cloud vendors. All these products and services which they currently sell themselves will ultimately get usurped by better solutions that will be built on their own compute and storage solutions. Case in point: Almost 5 years ago I was introduced to Snowflake. This was a cloud platform that was written from the ground up to use Amazon’s S3 storage and EC2 compute. The technology was like NOTHING we had ever seen in the database space. What was shocking is that it was more native to AWS than their own Redshift solution because it wasn’t built from some Postgres adaptation. The solution was so elegant that they literally devoured Amazon’s resource-hungry Redshift service. Consequently, those early years of Snowflake were spent almost exclusively migrating Redshift customers to Snowflake. AWS has been retooling for the last 4 years to catch up. However, something happened that changed the game completely, Snowflake announced they would support Azure. Now typical skepticism emerged assuming that the Azure version of Snowflake would be a bumbling, limping, arm-behind-its-back version of Snowflake. But no…it was Snowflake.

In fact, as Azure was getting onboarded, INTRICITY over-prepared assuming we would have to get into the weeds of Azure to successfully deploy Snowflake. Instead, it was a non-event. There just wasn’t much extra new stuff to learn. Subsequently, Snowflake released its solution on Google Cloud and, yet again, a non-event. Then suddenly Snowflake announced that they would be providing cross-cloud replication. Out of the blue, Snowflake didn’t look like a small company anymore; they were simply accelerating the commoditization of the cloud value chain. Literally “one ring to rule them all."

When you boil down the big cloud vendors’ offerings, it is compute and storage. That's it, everything else was a value chain element.

Do we really expect to live in a world where they will be the only ones building on that commodity? Furthermore, how effective can the commodity providers’ solutions be if they aren’t compatible with each other? Do you obsess about whether your 110V AC iPhone charger will work on the grid when you plug it in?

After all, your power might be coming from a Siemens generator instead of a GE. Thus I predict that over time the big cloud vendors will begin to more and more look like utility companies, usurped by more versatile and provider agnostic solutions. This will especially be relevant as organizations start sitting at the negotiation table with their cloud providers, then realizing that their vendor has them on a barbed leash. Suddenly cross-cloud maneuverability really means money.

Thinking about this also had me thinking of another, perhaps more abstract idea about what the future holds. These thoughts have been spurred by my recent attempt to book a ticket to Brazil. As I was researching my trip, I realized how much I took for granted all these stacked services that I assume will be available, like LTE networks everywhere. Don’t get me wrong, Brazil has LTE coverage, but outside of city hubs, it gets sparse really quick. So much of my personal “systems” rely on services being available. For example, assume that we have functioning networks for our cloud compute and storage systems, and underlying all those systems is a functioning power grid, and underlying that is a consistent energy source, and underlying that is an effective transportation system, etc, etc.

All these Multi-Tenant trends have me thinking, can we forecast the next big network trend that will sit atop the compute and storage pinnacle? Alas, I’m not smart enough to say, but it has me thinking about the crumb trail pattern and where it might lead. AI seems to be the knee-jerk answer, but I think the answer will be more nuanced than that. If that is the next meta-network of the future, I believe AI will act as a layer to control the logical use of a data architecture to support deterministic decisions, thereby saving wasted compute cycles trying to “learn” everything without crystallizing the known patterns into easily queryable result sets. Just because we have AI, doesn’t mean the basic tenets of data architecture will go away, for all I know a future AI might use such patterns. 10 years is such a long way out based on our rates of change, so writing this paper in 2020, I’m excited to see how it pans out, but I’m not holding my breath that I’ll be right.

So let's narrow the prediction scope. I think we’ll see AWS, Azure, GCP continue massive innovations on their platforms. Atop those platforms, we’ll see more and more solutions leveraging the elegance those platforms provide to further displace their native solutions. By the end of 2021, I think the words “Cloud Agnostic” will be a commonly found word in corporate RFPs. Perhaps the juggernauts in the cloud will come up with a really meaningful cross-cloud handshake that will simplify the vendor lock problems but keep their competitive “ankle biters” at bay. Only time will tell. Don’t be buying stock based on my words, time makes heroes and fools of us all.